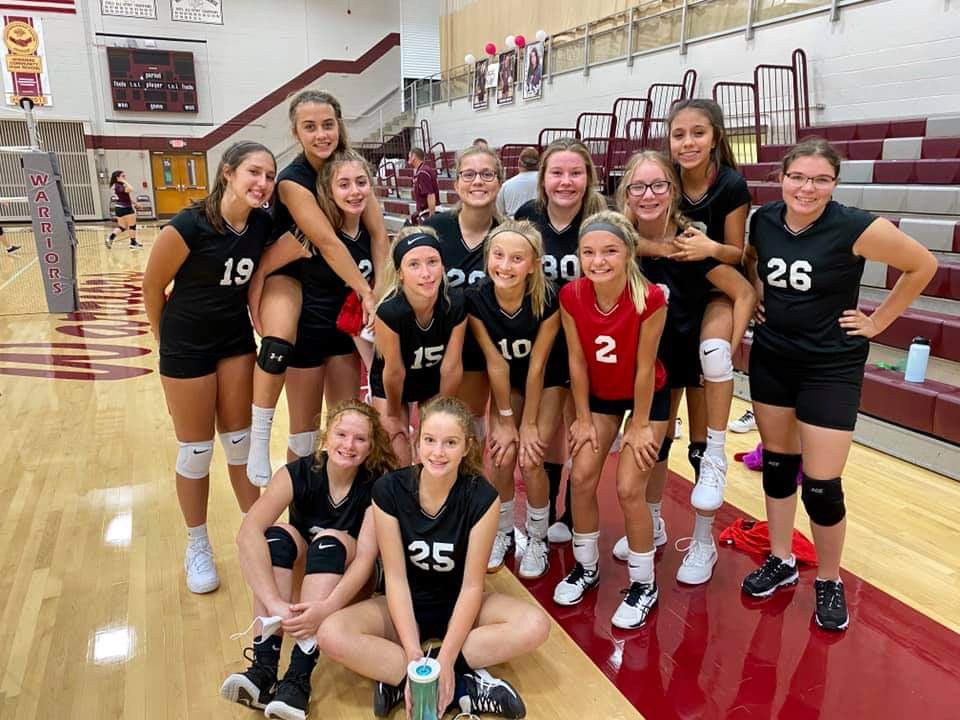 This team gets better with every game. They are working hard and playing well together. The Bombers won in 2 sets. Lady Bombers were lead in serving tonight by Maddie Graf with 13/15 and 7 aces, Lydia Redlin with 10/12 and 4 aces, and Brooklyn Bilyeu with 5/6 and 4 aces. We had great net play from Redlin with 5 kills. Bilyeu added 2 kills, Chloe Jordan and Graf each added a kill. Graf came away with 4 assists. Back row play was lead by Trinity Oliver and Brooke Koebcke. Keep working hard and getting better each game.

The B team played 1 set and lost a close one 25-24. Leading server was Katie Castle with 12/12 and 4 aces. Sydney Armstrong served an ace to tie the game at 24 but the Lady Bombers could not pull out a win.

The A team will be back in action on Thursday at home. Come watch this exciting team play.